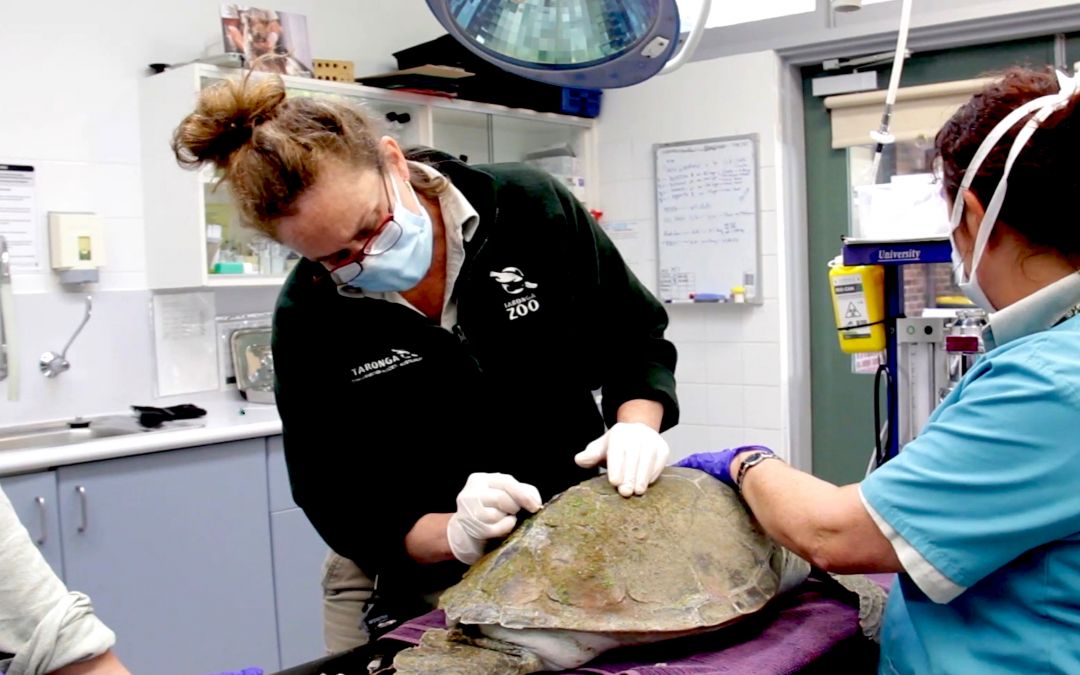 When Staying Afloat is a Bad Thing 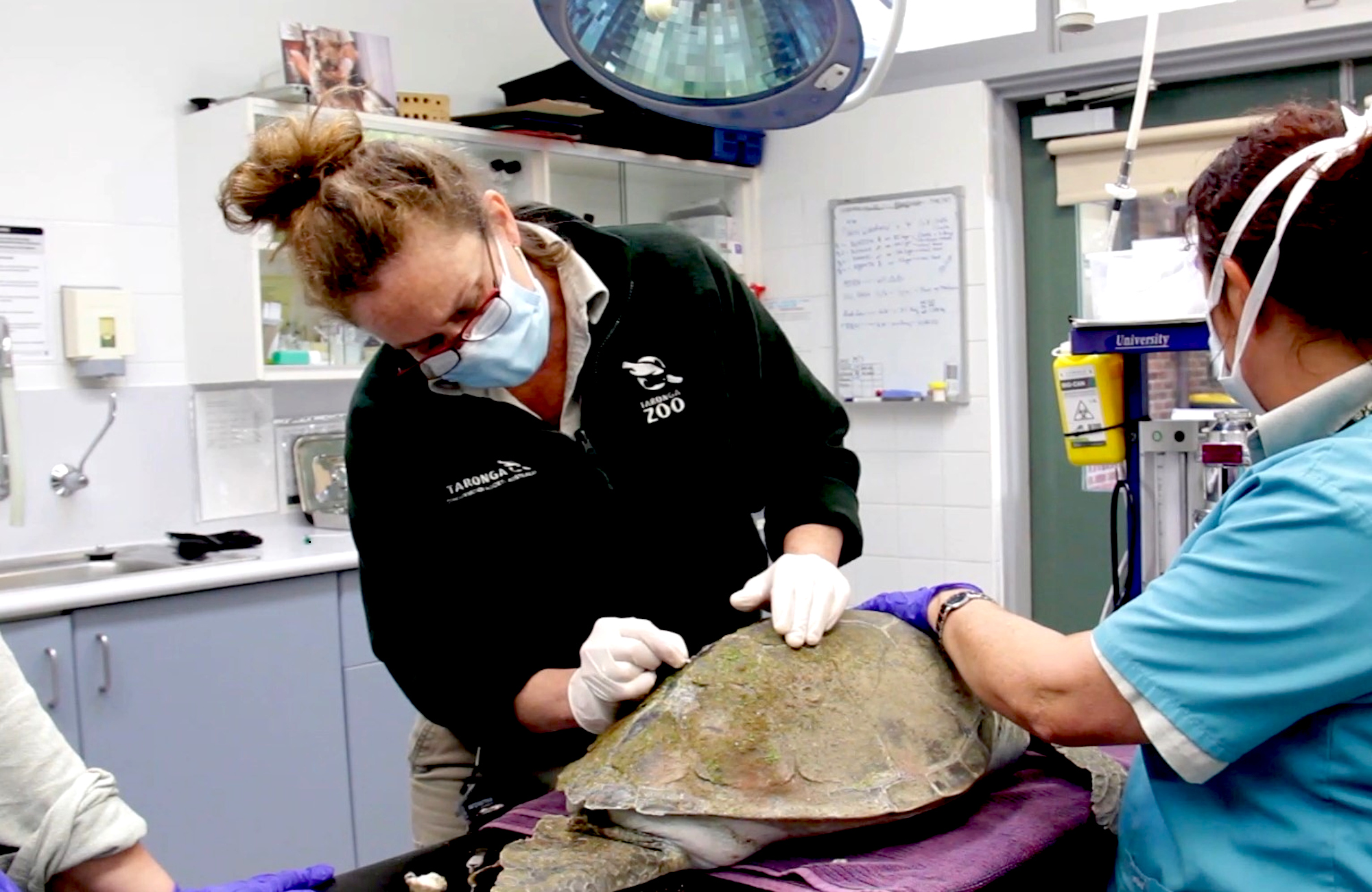 SYDNEY—Talk about a tough life for a turtle: First, it gets hit by a ship’s propeller, leaving a long scar across its shell. Then, it comes down with a mysterious illness that has left it floating listlessly.

That’s the situation facing a green sea turtle that’s being treated at Australia’s Taronga Wildlife Hospital, which is located within the Taronga Zoo Sydney. In a video, veterinarian Kimberly Vinette Herrin describes the procedures she’ll undertake to treat the ill turtle. She notes that its most recent problem involves not being able to dive,which might be caused by a build-up of gas from diet or serious respiratory problems.

Herrin and her team are then shown taking blood samples, measurements and radiographs. She also shows the scar the turtle bears from being hit by a ship’s propeller at some point in the past. But she notes that wound is probably not related to the turtle’s current illness.

“As a wild animal, its age is not known,” Laura Minn, the zoo’s s senior media relations officer told Zenger News. “After a full health check and a number of tests, the turtle remains in care under the supervision of our vets.”

Green sea turtles (Chelonia mydas) are found mainly in tropical waters around the world, and nests in roughly 80 countries. It is one of the largest species of turtles on the planet, weighing up to nearly 300 pounds (130-plus kilograms) and measuring just over 3 feet long (1 meter). They can live up to 80 years.

The species is listed as “endangered” on the International Union for Conservation of Nature’s “Red List of Threatened Species,” which said  the main threat facing such creatures is the harvesting of their eggs by humans.

The post When Staying Afloat is a Bad Thing appeared first on Zenger News. 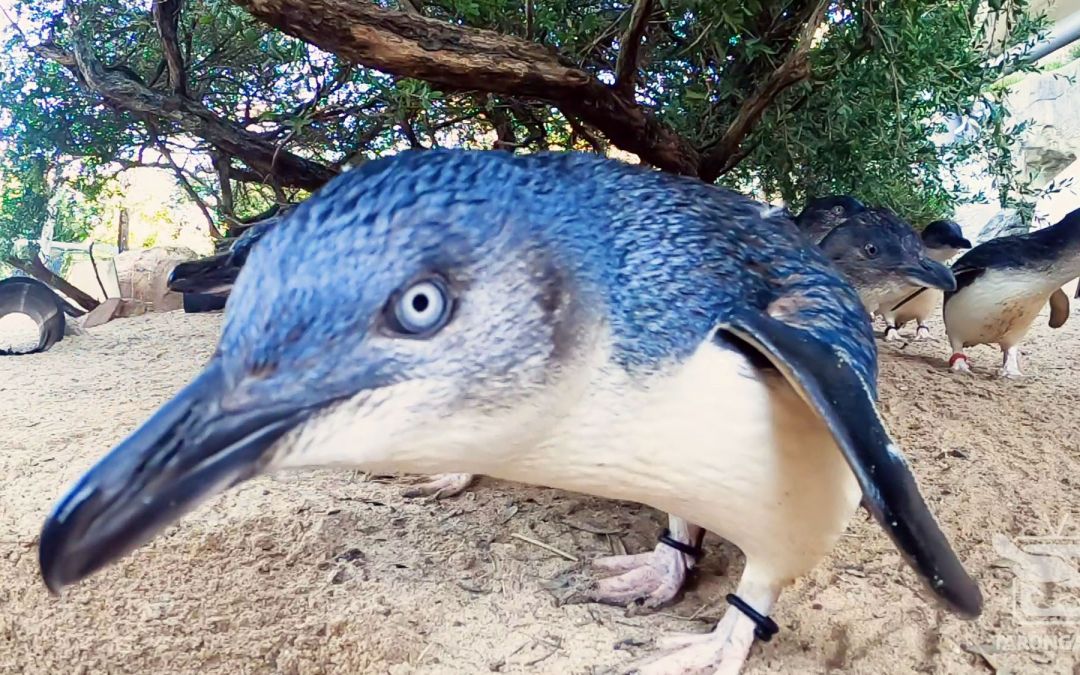 VIDEO: These Penguins Are Ready for Their Close-Up 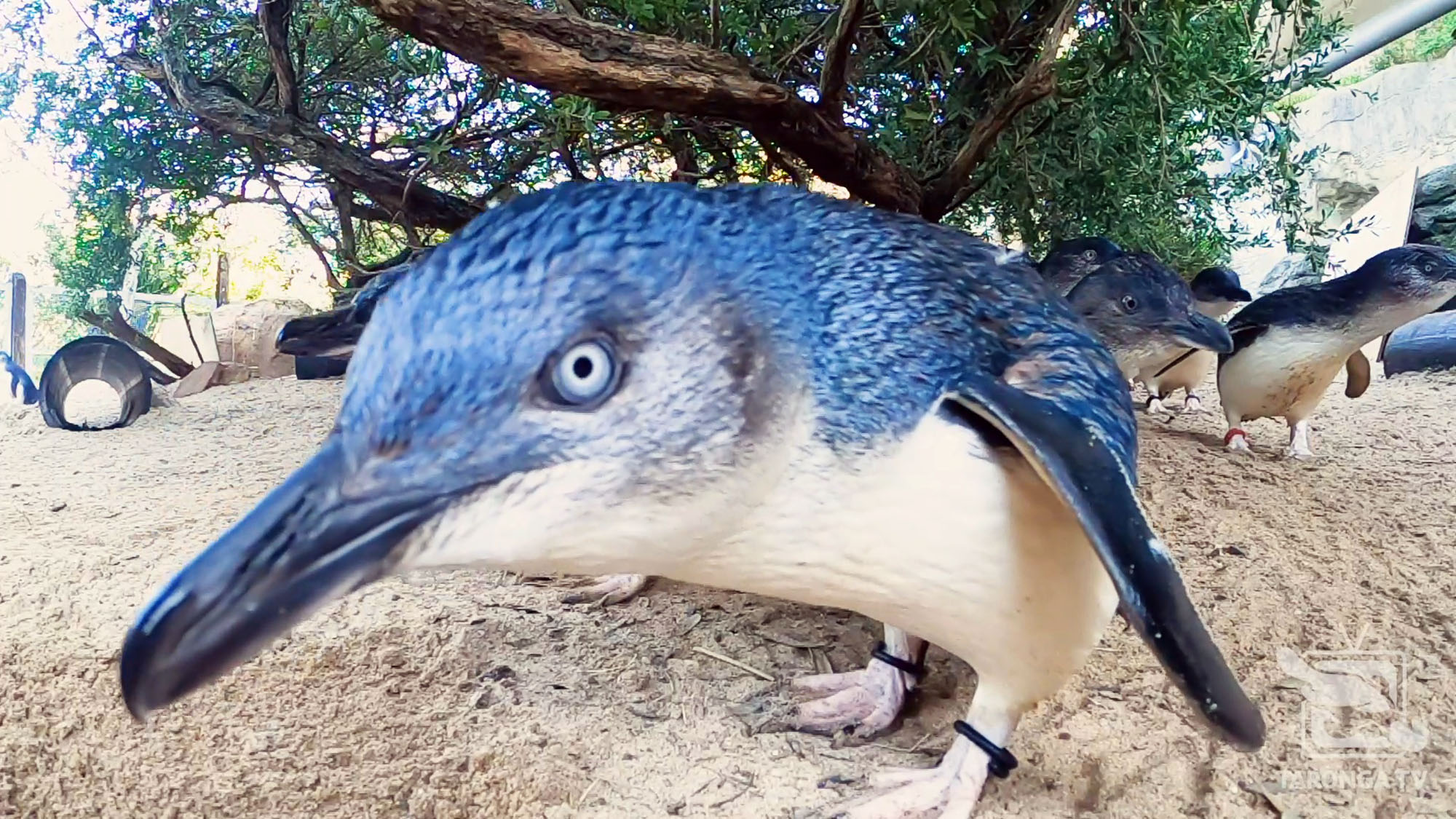 SYDNEY—Could it be that “little penguins” have a big ego? That’s one possible explanation for the reaction some members of a group of such penguins had when a camera was placed in their midst of their zoo exhibit here.

While many skittered around nervously, several put their beaks right up to the lens in a show of unabashed curiosity.

The footage of the so-called “little penguins” Eudyptula minor, was recently shared by the Taronga Zoo Sydney. Laura Minns, the zoo’s senior media relations director, told Zenger News that some of the flightless birds were indeed “quite interested in a GoPro placed in their exhibit.”

The video shows several of the inquisitive animals gather around the camera. Some place their faces directly in front of it before losing interest and walking away, while others are more nervous, and an especially skittish one is startled and runs away after it was apparently surprised by the recording device.

Another of the birds pushes through other penguins and runs towards the camera, only to immediately turn around and return to the large group.

Mainly found on the coastlines of southern Australia and New Zealand, the “little penguins” are the smallest members of the species, with average height of just over a foot and generally weighing about 2 pounds.

In addition to their diminutive stature, such birds are the only type of penguin with blue and white feathers, rather than black and white ones.

The post VIDEO: These Penguins Are Ready for Their Close-Up appeared first on Zenger News. 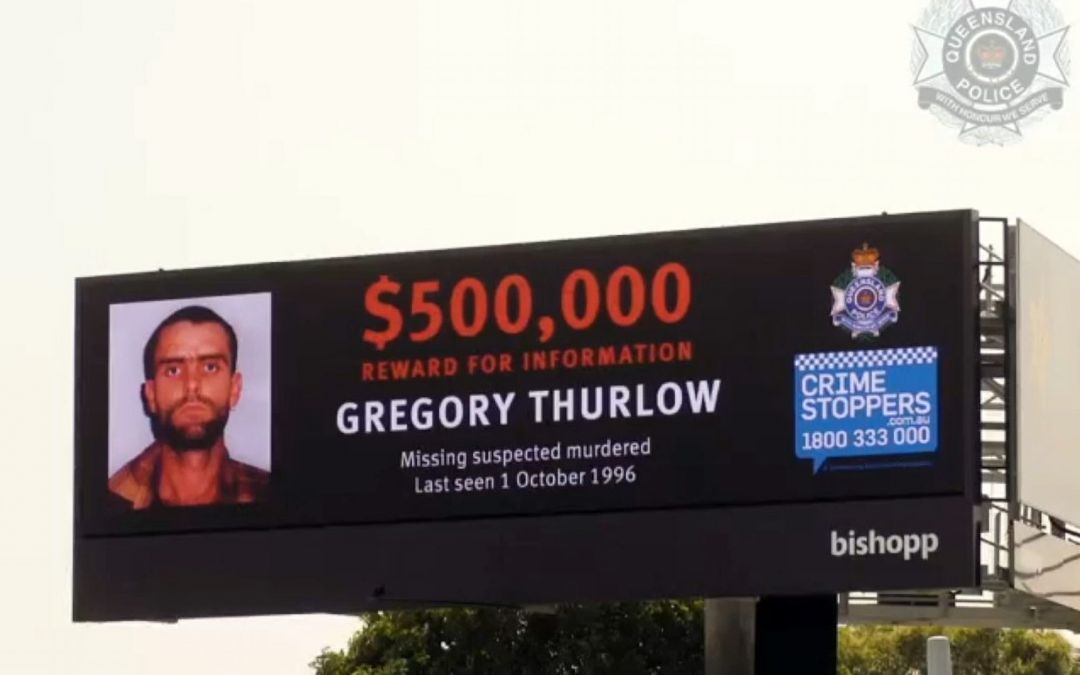 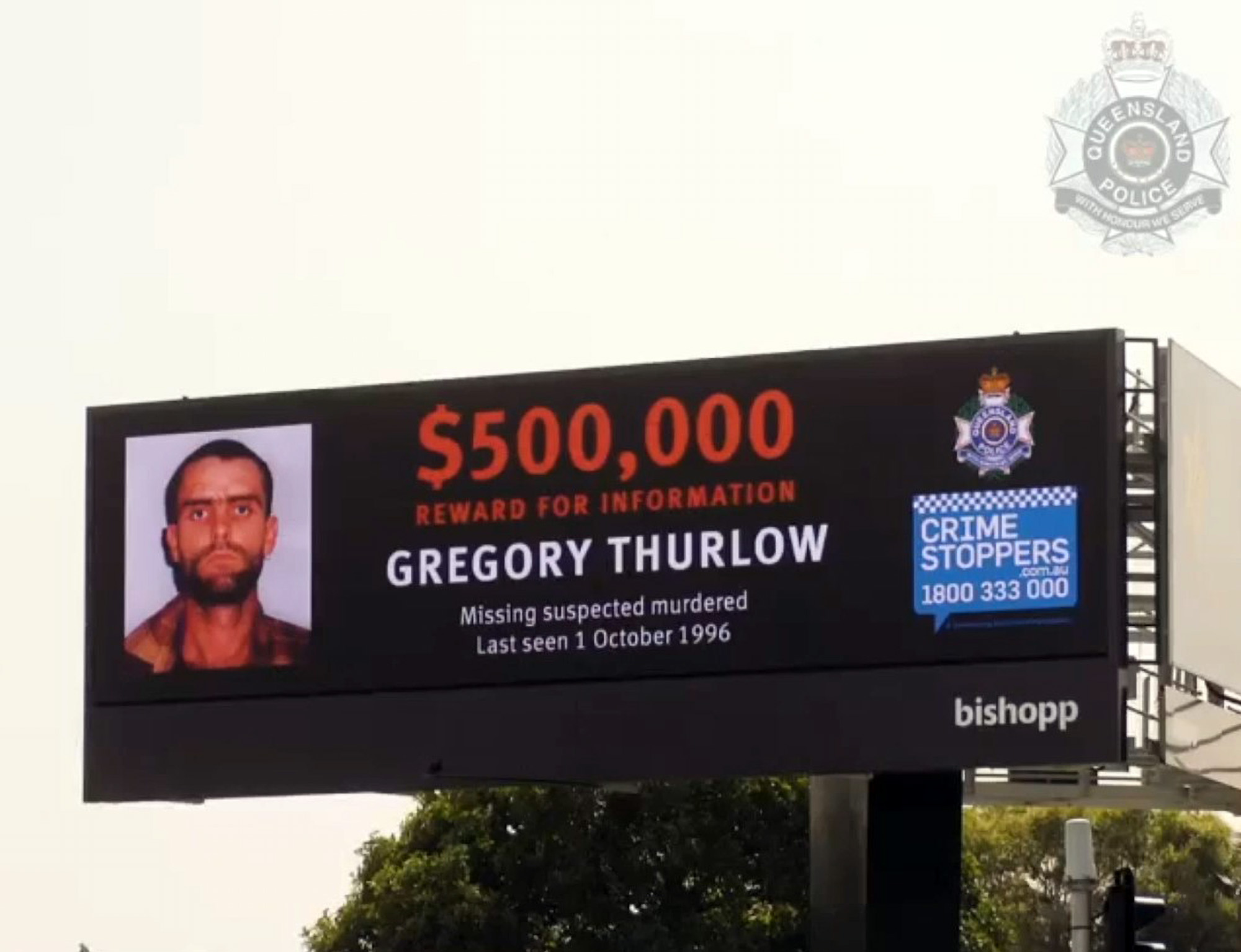 Queensland Police have posted a video and a billboard and a picture of the victim, hoping it will “refresh people’s memory and encourage them” to talk. The billboard was placed on a busy avenue on the western coastal suburb of Rothwell, where the murder is believed to have taken place. The victim, Gregory James Thurlow, was last seen near the site of the billboard in the late evening of Oct. 1, 1996.

“We believe Greg Thurlow was murdered around the time he disappeared and that there are people in the local community who know what happened,” Detective Senior Sergeant Tara Kentwell said in a statement released by Queensland Police.

In the video posted with the release, Kentwell says in addition to the billboard, police will also “circulate targeted Facebook posts in the peninsular region to refresh people’s memories and to encourage people to come forward.” The video includes footage of a green VC Holden Commodore that authorities believe belongs to the suspect.

On the video, the victim’s uncle, Ray Thurlow, describes his late nephew as a “happy fella,” who was always smiling and “was the sort of person that would be the first to put his hand up to lend a hand if anyone needed any help.” He said Greg Thurlow’s parents both died within two years of each other, never knowing what happened to their son.

Thurlow had told his family he was going to Brisbane, which is south of of Rothwell, on Oct. 1, 1996. According to the statement from Queensland, the victim went to a house in suburban Redcliffe before heading to a friend’s house in nearby Bray Park. It is unclear why he made the first stop. The last time he was seen alive was later that same evening, when he left his friend’s house with another male. 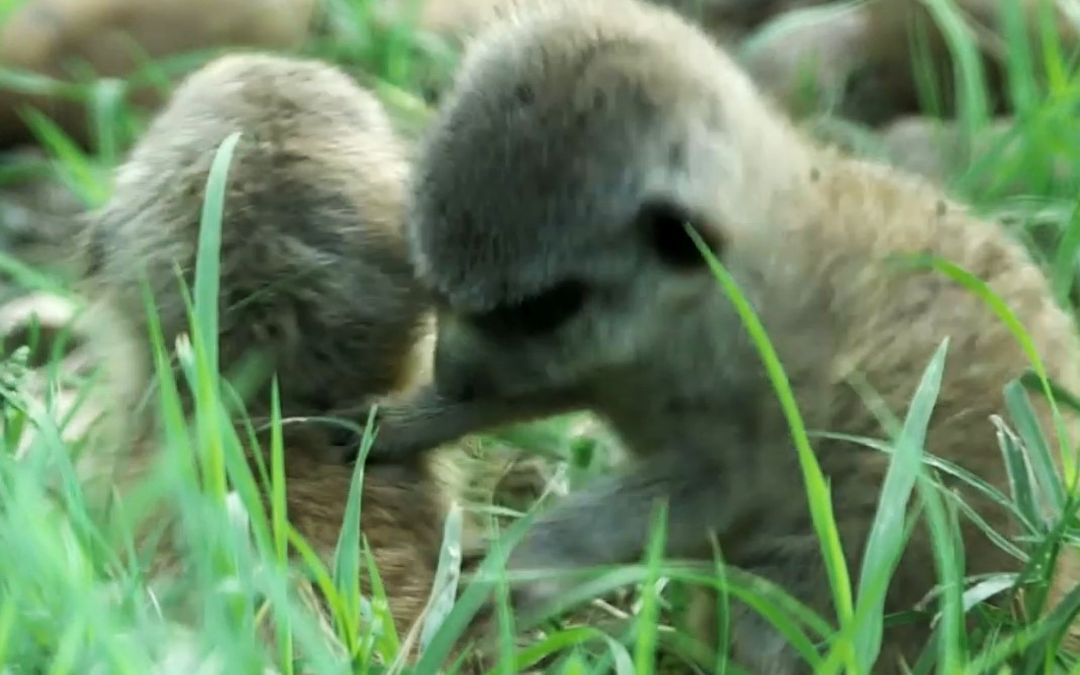 Meer-acle at the Zoo: Keepers Surprised by Underground Babies 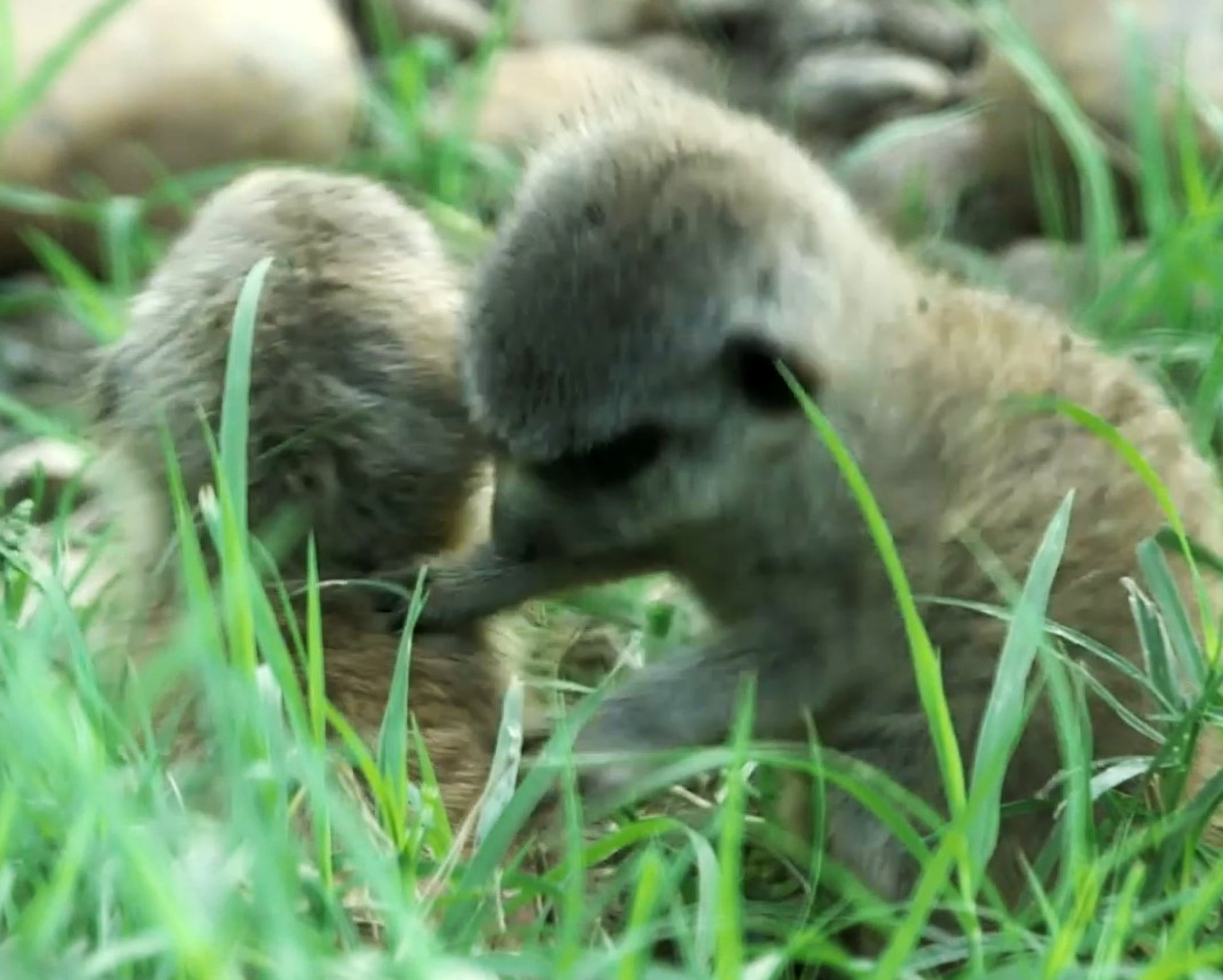 The newest meerkat moms at an Austrian zoo played a game of hide-and-seek with the staff. Instead of using special nesting boxes the Schonbrunn Zoo in Vienna had provided, the female meerkats dug caves to give birth in.

In the past, pregnant meerkats have always used the nesting boxes, zoo director Stephan Hering-Hagenbeck said. “But this year, they dug their own cave in which to gave birth and raise [their offspring] for the first few weeks,” he notes.

That meant the timing of the arrival of the baby meerkats was something of a surprise to the staff. “Usually, we could carefully take a look into the nursery through the lid [of the nesting boxes]. Of course, that doesn’t work with the cave. So far, our keepers have seen three young animals outside the cave.”

Now, the mini meerkats are showing some interest in the world outside the den.

“The lively trio is already going on their first excursions,” said Hering-Hagenbeck. “That makes it much more stressful for the other group members, who all help out as babysitters. They play and dig in the sand until hunger calls and they go to their mothers to suckle. Insects will soon be on the menu of these small predators.”

Meerkats are native to the savannahs and semi-deserts of southern Africa. At birth, they weigh only around 1 ounce (30 grams), don’t have fur and are blind. When fully grown, the creatures have grown fur and developed their eyesight. They typically weigh about 2.25 pounds (just over a kilogram) and measure just over a foot (35 centimeters).

Perhaps the moms of the meerkat babies born in the caves wanted to give their offspring a taste of what their life in the wild would be like. In their natural habitat, meerkats tend to live in large groups in a series of burrows.

The post Meer-acle at the Zoo: Keepers Surprised by Underground Babies appeared first on Zenger News.