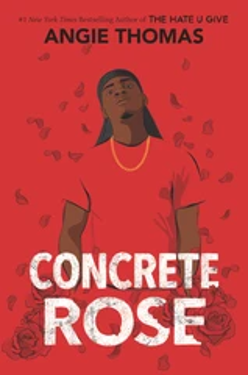 International phenomenon Angie Thomas revisits Garden Heights seventeen years before the events of The Hate U Give in this searing and poignant exploration of Black boyhood and manhood.

If there’s one thing seventeen-year-old Maverick Carter knows, it’s that a real man takes care of his family. As the son of a former gang legend, Mav does that the only way he knows how: dealing for the King Lords. With this money he can help his mom, who works two jobs while his dad’s in prison.

Life’s not perfect, but with a fly girlfriend and a cousin who always has his back, Mav’s got everything under control.

Read a sample on the HarperCollins site. 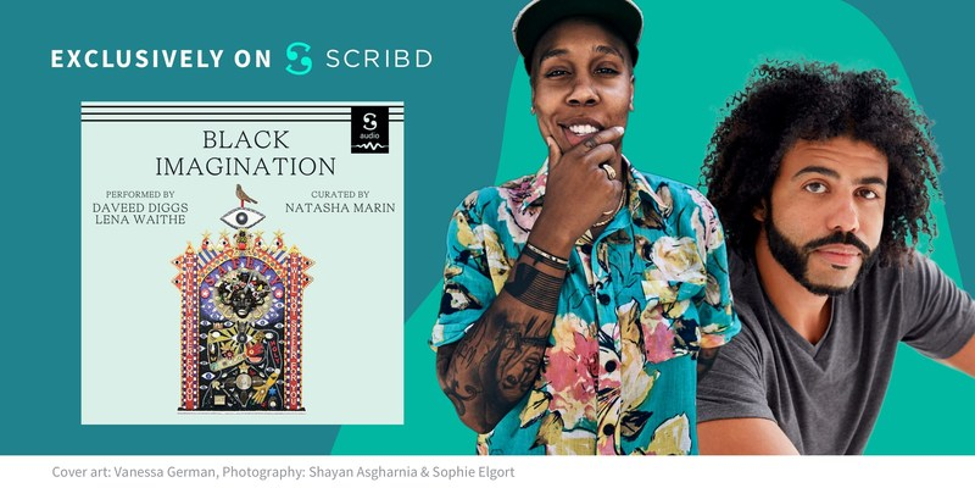 Scribd, the reading subscription service that offers access to the best ebooks, audiobooks, magazines, podcasts, and more, has partnered with Tony and Grammy Award-winning actor, rapper, and producer Daveed Diggs, and Emmy Award-winning writer, creator, producer, and actor Lena Waithe to produce an audiobook performance of Natasha Marin’s Black Imagination—available exclusively on Scribd for a limited time. This audiobook marks the official launch of the company’s new program, Scribd Audio, which brings independently published books to life through the spoken word.

For its first celebrity narration partnership, Scribd chose to feature Black Imagination because of its unique artistic format and powerful narrative. Black Imagination, originally published by McSweeney’s in February 2020, is a groundbreaking collection of testimonies, stories, and poetry from individuals across the Black community in response to two questions and a call to action: What is your origin story? How do you heal yourself? Imagine a world where you are loved, safe, and valued.

The Scribd Audio adaptation includes performances by Diggs and Waithe, who were selected by Marin and Scribd. Diggs and Waithe bring their strong command of voice and ability to portray the diverse perspectives in the book, which include Black youth, the Black LGBTQ+ community, unsheltered Black people, incarcerated Black people, and others.

“With America at a critical inflection point and the work to support the Black community only just beginning, a book that portrays the limitless possibilities of the Black imagination has never been more relevant,” said curator and conceptual artist Natasha Marin. “Daveed and Lena are the perfect partners to honor these collective echoes of joy and passion with their truly captivating performances.”

While discussing the collaboration Daveed Diggs explained, “The struggles and reflections that are told throughout Black Imagination are relatable and important experiences. These powerful stories give life to the voices of our family members, our friends, and our ancestors who have been silenced for far too long. I don’t look at this project as just a reading, but more of a vehicle to help listeners experience the joy, pain and self-reflection of each individual who was brave enough to tell their story.”

“After connecting with Natasha and hearing her creative vision for Black Imagination, I knew that this was a project that I needed to be involved in,” said Lena Waithe. “Rewriting history is our right, but I believe that it is important to remind future generations of the struggles the Black community has gone through and continues to go through. I am thrilled at the opportunity to honor the voices of those in the book by embodying them and sharing their powerful journey with listeners.”

“We’re excited to launch an audio program specifically dedicated to producing unique and impactful audiobooks with our publishing partners, featuring authors and creators like Natasha Marin, and performers such as Lena and Daveed,” said Greg Voynow, Head of Audio and Content Partnerships at Scribd. “Scribd Audio will span a variety of genres and topics, including stories that advance underrepresented voices and socially important narratives, and will help publishers and authors to reach new audiences.”

Scribd Audio is the newest imprint under Scribd’s publishing program, which launched in 2019 with Scribd Originals, an imprint that features ambitious, original fiction and nonfiction short works. 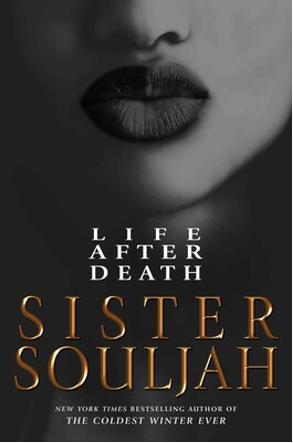 BOOK CORNER: Life After Death A Novel By Sister Souljah

The long-anticipated sequel to Sister Souljah’s million copy bestseller The Coldest Winter Ever.

Winter Santiaga hit time served. Still stunning, still pretty, still bold, still loves her father more than any man in the world, still got her hustle and high fashion flow. She’s eager to pay back her enemies, rebuild her father’s empire, reset his crown, and ultimately to snatch Midnight back into her life no matter which bitch had him while she was locked up. But Winter is not the only one with revenge on her mind. Simone, Winter’s young business partner and friend, is locked and loaded and Winter is her target. Will she blow Winter’s head off? Can Winter dodge the bullets? Or will at least one bullet blast Winter into another world? Either way Winter is fearless. Hell is the same as any hood and certainly the Brooklyn hood she grew up in. That’s what Winter thinks.

Listen to or read a sample at Simon & Schuster.